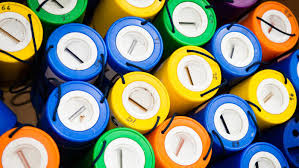 This amendment to an existing Order:

The aim of this measure is to ensure that, each year, there is secured for the public register satisfactory reportage of what a registered charity has been doing, and has done, during that year, in pursuit of its objects. By such means register entries will the better remain documents of record. I am keen to encourage registered charities to prepare good, albeit succinct, narratives of their preceding year’s performance so that citizens are able to see, readily, what has been undertaken and achieved, and how far that matches what may be said on tins or covers. The register is a window on the world for charities, through which they can be seen by their donors and their beneficiaries, and by citizens at large; and there must be something good to be seen.

This Order prescribes that an annual return must relate to a year ending on an anniversary which is the charity’s date of registration or another date agreed by the charity and the Commissioner, provided that that agreement is reached during the first year after registration

An aim of this, clarity apart, is to allow some room for manoeuvre where, for example, a registered charity’s annual report and accounts would be due to be ready shortly after the actual anniversary of registration. Core financial information on the register can then be as up to date as possible

It can be said here, too, that in March 2020 I published Guidance Note 4 on the subject of annual returns, which incorporated the effect of these two Orders in setting out the general arrangements for the preparation, submission and approval of annual returns

This regulation extends the transitional period by one year, until 31 December 2020. The transitional period applies where an entity was previously entitled to exemption from income tax and other taxes by virtue of charitable status as confirmed by the Comptroller of Taxes. It will continue to enjoy that exemption, provided that it had applied to the Commissioner for registration by 31 December 2018, where the application has not yet been determined or withdrawn; upon approval for registration, exemption would then take fresh effect, or be lost upon disapproval.

The purpose of the transitional period is to allow time for applications to be determined without applicant entities, previously entitled to tax exemption, losing that status as they wait for a determination by the Commissioner. This could or would have happened otherwise because of changes to the Income Tax Law made by the Charities Law. The effect of the original regulation in 2018 was to make 31 December 2018 come to be seen as a de facto application deadline, which is why there was such a spike in applications in the several weeks before that date. It is worth noting, though, that since there is, for the most part, no income tax in Jersey on business profits, for many applicants for registration, notably where they are not dependent on regular donations nor have trading income, the transitional arrangement was not, nor still is, of much or any consequence

Once an applicant entity becomes a registered charity, I notify the Comptroller of Taxes and he or she acts upon my certificate in continuing or allowing the appropriate exemptions

The reason for the extension by one year to the end of 2020 was simply the expected quantum of undetermined applications as at 31 December 2019. The likely desirability of such an extension was foreshadowed in my annual report last year and I am pleased that the Minister was able to facilitate the passage of the regulation.

All the items referenced in this paragraph may be viewed on the Commissioner’s website.

Where Things are Now, and Looking Ahead